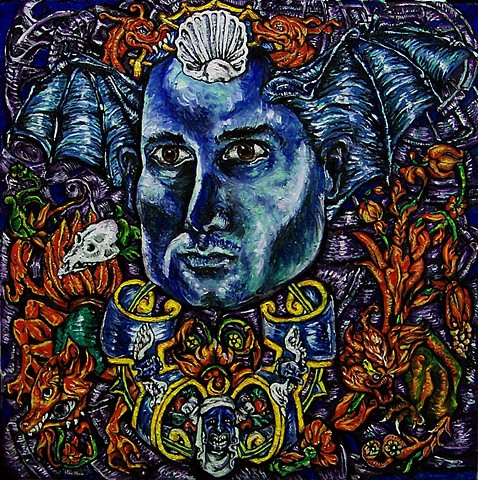 I exist as a vibrant, unchained, and gnarly artist. Through drawing and oil painting I capture intense expressions, difficult to articulate, they are inner sensations anthropomorphized as they are excavated and brought to the surface. This exterior is driven by a compulsive force of creativity that must disarticulate and juxtapose the figure into a dynamic fireworks display. The end result is a skillfully detailed figure, a figure composed of an organized frenzy, heavily influenced by the grotesque (grottesco) style. Furthermore, my work intends to promote imagination for the viewer, but more importantly, it calls for a reactive effect.